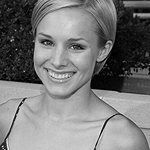 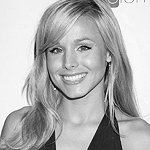 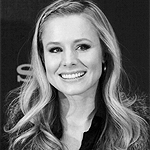 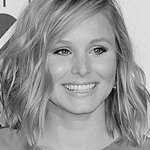 Synopsis
Born in Michigan in 1980, Kristen Bell studied musical theater at New York University and made her Broadway debut while still a student. In 2002, she moved to Los Angeles and began appearing on TV. Film roles soon followed. In 2004, Bell landed her breakout role, the title character on the TV series Veronica Mars. This led to more roles in films, including the hit comedies Forgetting Sarah Marshall, Couples Retreat and Get Him to the Greek.

Early Years
Born on July 19, 1980, in Huntington Woods, Michigan, Kristen Bell was raised in the Detroit suburbs and became interested in acting at an early age. By age 13, Bell had secured an agent and begun acting in commercials, appearing in TV spots for OfficeMax and United Way.

Bell attended Shrine Catholic High School in Royal Oak, Michigan, where she played Dorothy in a production of The Wizard of Oz and appeared in several musicals. After high school, Bell studied musical theater at New York University’s Tisch School of the Arts and made her Broadway debut while still a student, in a musical version of The Adventures of Tom Sawyer. Off-Broadway, she took the lead role of Mary Lane in an adaptation of the legendary 1930s film Reefer Madness called Reefer Madness: The Musical. Her film debut came in 1998 in an uncredited spot in the indie film Polish Wedding, which was filmed in Detroit.

The Move to L.A.
In 2002, Bell’s career got a jolt when she was cast in a Broadway production of Arthur Miller’s The Crucible, which starred Laura Linney and Liam Neeson. Soon after, she moved to Los Angeles and immediately landed a guest role on the hard-hitting crime show The Shield as the girlfriend of a gang member. With her career starting to roll, Bell soon appeared on NBC’s American Dreams and the WB Network’s Everwood and in TV-movies. In 2004, Bell was in David Mamet’s Spartan and had a recurring role on HBO’s hugely popular drama Deadwood. But for another reason, 2004 would be the year that would change Bell’s life: She landed the lead role on the new TV show Veronica Mars, which would run for 64 episodes and draw a rabid cult following.

Over the course of the show’s four seasons, Bell was nominated for several awards and took home the Saturn Award for Best Actress on Television in 2006. The success of Veronica Mars led Bell to film parts, and a year into the series she reprised her role in Reefer Madness: The Movie Musical in a Showtime adaptation, following that with roles in small films such as Deepwater (2005), Fifty Pills (2006) and Pulse (2006). (To boot, in 2006 PETA named Bell the World’s Sexiest Vegetarian and Maxim added her to a plethora of “sexiest” lists as well.)

Finding Her Stride
While keeping busy with films, Bell managed to find even more television success in 2007 (the year Veronica Mars came to an end) when she took on narration duties on Gossip Girl and joined the hit show Heroes. She also began a romantic relationship with fellow actor Dax Shepard in 2007. The pair announced in 2012 that they were expecting a child together. The coupled welcomed daughter, Lincoln Bell Shepard, in March 2013 and married in October of the same year. In December 2014, they welcomed a second daughter, Delta Bell Shepard.

Set on doing it all, in 2008 Bell hit movie theaters with her first major box-office success: the romantic comedy Forgetting Sarah Marshall, in which she played the title role (a role she reprised in a 2010 sequel of sorts, Get Him to the Greek). She followed Sarah Marshall with Fan Boys (2009), a small, well-received comedy, and Couples Retreat (2009), another comedy, this one co-starring Vince Vaughn, Jon Favreau and Kristin Davis. Also in 2009, Bell took on voiceover work in the family film Astro Boy, and 2010 saw her appear in the romantic comedy When in Rome.

Since 2010, Bell has appeared in more than a dozen films and on several TV shows, and has lent her voice to the Assassin’s Creed video games. She is also the female lead on the Showtime series House of Lies, which began its run in January 2012.

In 2016, Bell voiced the sloth Priscilla in the animated comedy film Zootopia, and starred as Claire in the comedy film The Boss. Bell starred as Kiki in the 2016 comedy film Bad Moms, a role she reprised in the 2017 sequel, A Bad Moms Christmas. In late 2016, Bell began starring as Eleanor Shellstrop in the NBC comedy series The Good Place.

Also in 2017, she appeared in the biographical comedy-drama The Disaster Artist, the action comedy CHiPs and the comedy How to Be a Latin Lover. In November 2017, she played a housewife (with Dax Shepard as her husband) preparing for a Christmas party in Sia’s music video for “Santa’s Coming For Us”.

In 2018, she began hosting the web series Momsplaining with Kristen Bell, with episodes airing on the Ellen DeGeneres video platform Ellentube. In the series, Bell gives new and expecting mothers tips about motherhood. The title of the series is a pun on the commonly used term “mansplaining”. Bell later starred in the Netflix comedy-drama film Like Father. She also voiced the character of Jade Wilson in the animated comedy film Teen Titans Go! To the Movies and reprised her voice role as Princess Anna in the animated comedy sequel film Ralph Breaks the Internet.

On September 20, 2018, Hulu confirmed that Bell would reprise her role of Veronica Mars in an 8-episode fourth season of the drama series Veronica Mars. The series debuted in July 2019. In 2019, Bell again reprised her voice role as Princess Anna in the video game, Kingdom Hearts III and will return in the upcoming 2019 sequel, Frozen 2 that is scheduled to be released on November 22, 2019.

Furthermore, Bell will voice a main character in the Apple TV+ animated musical comedy series Central Park, which reunites her with Frozen co-star Josh Gad. Bell will also serve as host and executive producer on the Disney+ docuseries Encore!, which is set to premiere in November 2019.

Bell will make her directorial debut directing an episode of The Good Place.