Feature: The Good Place for The Wrap Comedy Issue

Kristen & Ted were featured on The Wrap’s digital magazine featuring the biggest comedy contenders for the upcoming TV Awards seasons. Check out the photos and digital scans of the article. 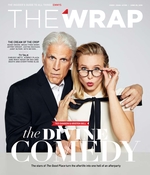 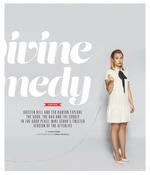 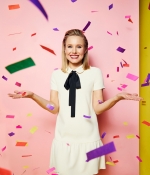 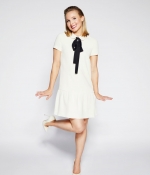 Heaven or hell? Devil or angel? And does it even matter?

NBC’s delightful comedy series “The Good Place” started out as a vision of paradise, albeit a rather odd and completely secular paradise; it ended its first season with the show-shattering reveal that our human characters had actually been spending their time in a radical new version of hell designed to get them to torture each other rather than leaving that job to the pros.

And in Season 2, the show from “Parks and Recreation” creator Mike Schur kept upending itself in the most delicious of ways.

This is a show that can make hell kind of charming and give a fun, cuddly twist to the afterlife. Kristen Bell somehow makes us root for a woman whose self-obsession knows no bounds but who’s smarter and maybe even nicer than she lets on. Ted Danson was a scene stealer even in the first season as a human-torturing demon who had to hide his true nature from the other characters and from the audience.

(Granted, words like demon may not be appropriate for an altogether nonreligious and bureaucratic afterworld; he’s middle management at best, and not very good at his job of torturing humans.)

On a break early in the filming of Season 3, Bell and Danson discussed the pleasures and challenges of a show that delights in blowing up its own premise over and over. (Warning: spoilers ahead.)

Season 2 must have been a real kick for you, Ted, because you finally got to…
TED DANSON Be who I am. Yeah, it was really fun. And it was easier to find the funny, because funny usually is this kind of triangular thing between you, another character and the audience. But I had no relationship to the audience in Season 1. They never saw me in a private moment, or I would have been twirling my mustache.

Would you have taken the part without the knowledge that eventually you were going to get to show who this guy really is?
DANSON Oh, I would have done it. I signed on before I saw a script. I knew that Kristen was likely going to do it. I then listened to Mike Schur empty his mind for an hour and tell me everything he knew about the show and the twist. And I really signed up for Mike Schur.

KRISTEN BELL He can tell a story with detail that is frightening, like a computer. “Here’s what I want to do in Episode 9, and it’s a callback to Episode 6…” And I’m like, “You haven’t even written the pilot, bro! Slow down!”

DANSON Is this the first job you’ve taken when you haven’t read a script?

BELL Yeah. Wow. Yeah. We were sold on the idea, with the twist, and with his commitment to cliff-hangers and pulling the rug out from under people. I just thought, “What a goal. Let him try, I’d love to be a part of it.” [More at source]