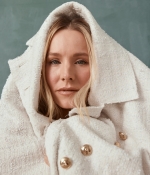 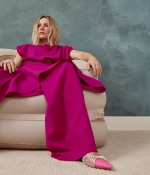 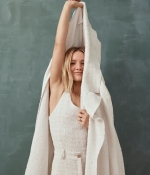 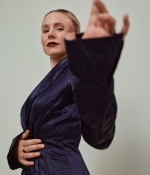 The next time you need reassurance that the world works the way your yoga teacher says it does, and that what you put out is what you’ll get back, consider the story of how Kristen Bell got the leading role on The Good Place.

The year was 2016. The setting: a Los Angeles movie theater lobby. Mike Schur, the show’s creator, had gone to see a movie by himself. Bell was there with her husband, Dax Shepard, and their two daughters, Lincoln and Delta.

Bell and Schur knew each other from New York City, where they had both lived in their 20s and moved in the same circles. Schur was writing for Saturday Night Live, and Bell was still a student at NYU’s Tisch School of the Arts, just starting to work on Broadway. Even then, he was in awe of her talent: “She’d been in The Crucible! With, like, Laura Linney and Liam Neeson!”

Eventually they each moved to LA, crossing paths occasionally. The time Schur ran into Bell at the movie theater, he happened to mention his daughter’s upcoming fourth birthday. Bell, unprompted, asked if Ivy would like a phone call from Princess Anna.

“She left, like, this two-minute message on my phone, and she kept saying my daughter’s name – ‘Ivy, this is Princess Anna, calling from Arendelle,’” Schur says. “And the way my daughter’s face lit up…”

In addition to having an enchanted kid, Schur also had Bell’s phone number. He called to tell her that he was working on a show and that she might be perfect to play the lead. The rest is television history.

The Good Place — a show about an “Arizona dirtbag” who dies in a tragic shopping-cart/truck collision, and then wakes up believing she’s been accidentally sent to Heaven — asked big questions: What makes someone a good person? What do we owe other people? How do we live together in the world?

Even if she hadn’t completed a four-season run on the show early this year, you get the sense that Bell would still care about those questions. [More at Source]